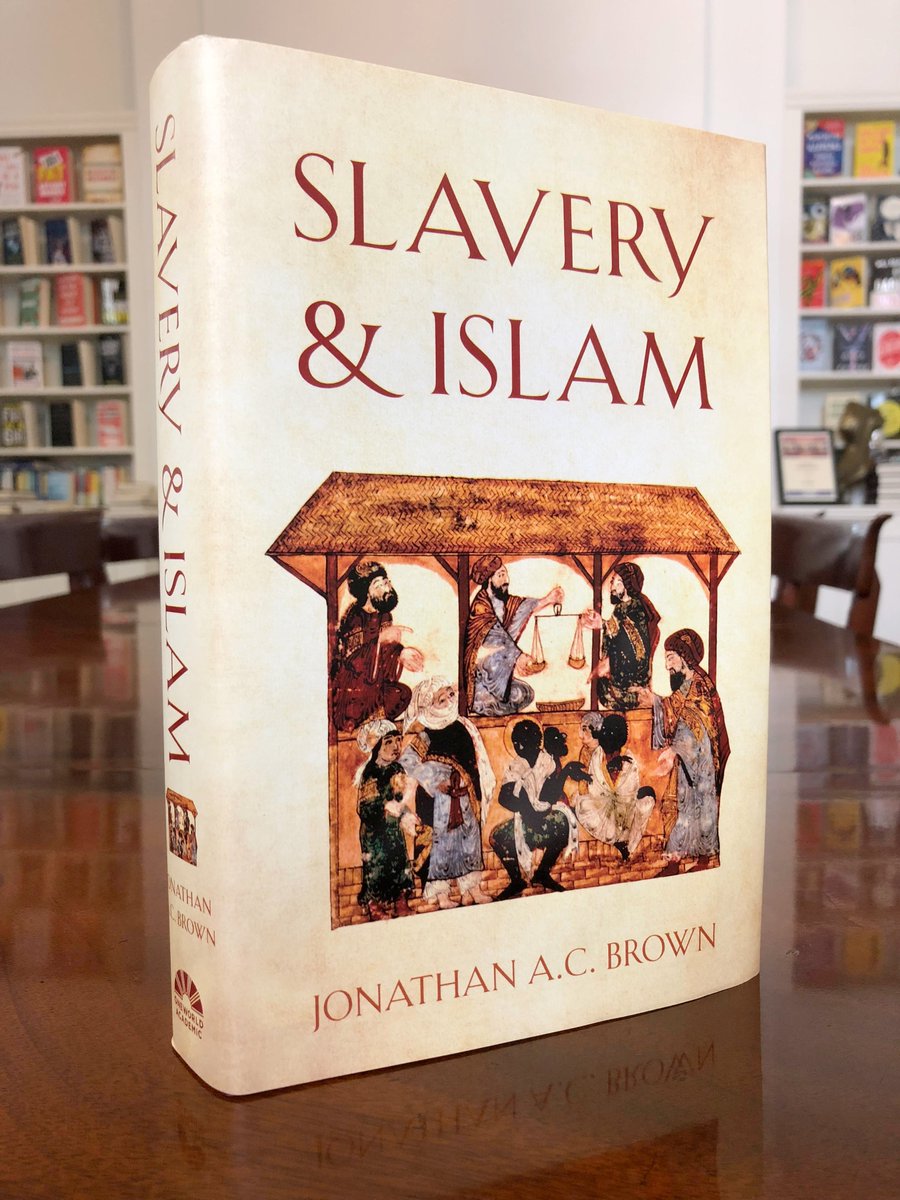 Dr. Jonathan Brown recently wrote a book about slavery and how it relates to Islam. In this post, I’ll give an overview of what the book is about, some general thoughts on the book, as well as my take on the topic as a whole.

Slavery and Islam focuses on two broad areas. The first is analyzing how Islamic law and classical Islamic civilization dealt with slavery, and the second is discussing the moral dimension of slavery and the questions it raises. At times these threads are interwoven and at times they are separate, but I’ll deal with these two areas one at a time.

END_OF_DOCUMENT_TOKEN_TO_BE_REPLACED

In the name of God, Most Gracious, Most Merciful, and peace and blessings on the most honorable Messenger.

This post is about Arabic learning among Muslims who aren’t native speakers of the language, along with some personal reflections and experiences with Arabic, with tips and techniques added along the way. I hope you share this post with anyone you know who has been trying to learn Arabic, and leave your own thoughts and experiences in the comments below.

Note that I’m skipping justifying the need for us to learn Arabic. This post is already too long, so I’d direct you to this khutbah by Dr. Sohaib Saeed which does a good job with that.

END_OF_DOCUMENT_TOKEN_TO_BE_REPLACED 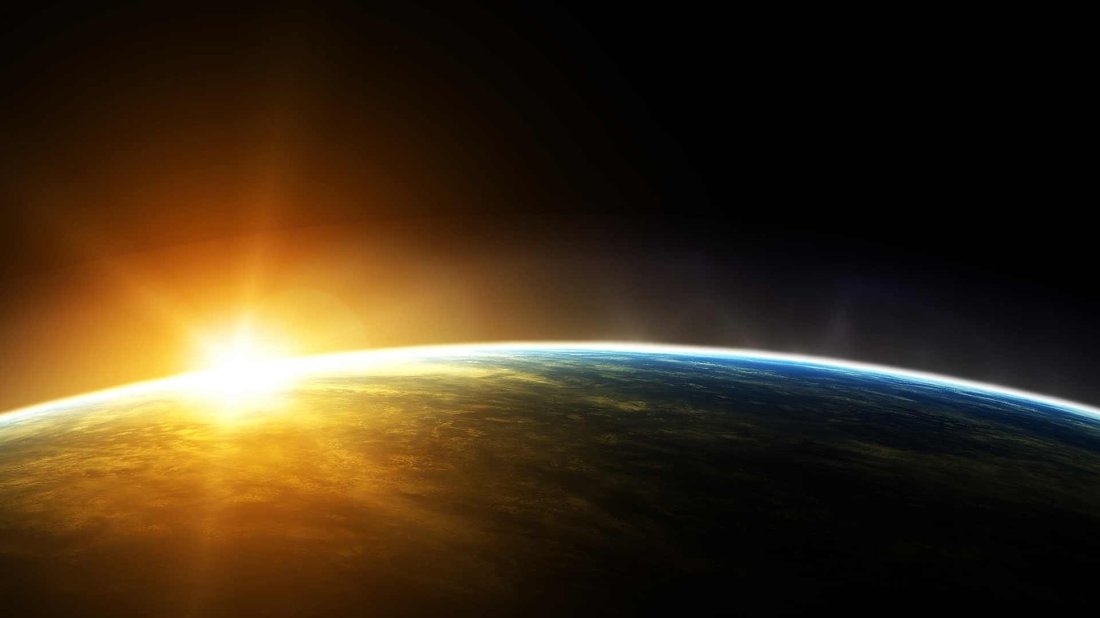 So far (in parts one, two and three), I have analyzed the evidence brought forward to support human-chimp common ancestry. Taking a bird’s eye view of the situation, it’s apparent that the idea of common descent with chimps is essentially a hypothesis and not a proven fact. If you’re trying to answer the question of human origins, and restrict what you look at to purely materialistic explanations (i.e. that we originated from within this universe itself), then it may be the best hypothesis out there, and this is why many scientists have accepted it.

That being said, the evidence brought forward in its favor can have other explanations. Here’s a quick summary of this evidence, as mentioned in the past 2 articles, with the other explanation after the colon:

In the next section, I will point out specific empirical evidence which is better explained by humans having a unique origin, than by humans being descended from another species.

END_OF_DOCUMENT_TOKEN_TO_BE_REPLACED

This blog post is adapted from my notes taken from Dr. Jonathan A. C. Brown’s lecture on the topic of historical criticism and how it’s been applied to Islamic primary texts, especially the hadith collections. Watch the lecture here: part 1 – part 2 – part 3. Note that it’s about 3 hours long including the Q&A, so be warned. It’s definitely worth a watch though, from beginning to end.

The lecture was given around the time that the UK government-sponsored documentary Islam: The Untold Story by charlatan historian Tom Holland was in the news. Basically, the documentary tries to tell a speculative revisionist story of the origins of Islam. Dr. Brown’s lecture is not a direct response to the documentary, but it contextualizes some of the assumptions being made in this documentary and other revisionist pieces that are claiming to examine Islam from a “critical” lens. Anyway, I’ll end the introduction here and start the portion based on my notes. Note that the section “My Thoughts” at the end of this post is not based on the lecture; those opinions are strictly mine.

END_OF_DOCUMENT_TOKEN_TO_BE_REPLACED

One of the more controversial ideas, in some circles, is that God will punish wrong-doers with eternal damnation in Hell. In this blog post, I will first explain why it is Allah’s right to reward and punish, and we are in no position to question His judgement. I will then talk about the Islamic theory of salvation and how to attain it. Finally, I’ll answer the question: why will good people who were non-believers in God go to Hell?

END_OF_DOCUMENT_TOKEN_TO_BE_REPLACED

Jerry Coyne wrote an article, published on his blog as well as in the New Republic, in which he claimed that it’s wrong to claim that ISIS is not Islamic. The title of the piece was: “If ISIS Is Not Islamic, then the Inquisition Was Not Catholic.” He claims that both ISIS atrocities and the Inquisition are examples of crimes carried out in the name of religion, and so if we argue that ISIS is not truly Islamic we’d have to claim that the Inquisition was not truly Catholic. However, the piece is full of logical fallacies (and factual errors: such as his claim that the Qur’an calls for killing apostates) as articles by “New” Atheists usually are, so I’ll respond to his main claim here:

So I think we can safely conclude that while the Inquisition was indeed “Catholic,” ISIS is certainly not Islamic.

Update: Musa Furber has some excellent comments about Coyne’s article in this Facebook thread as well: https://www.facebook.com/musafurber/posts/833924539981748. 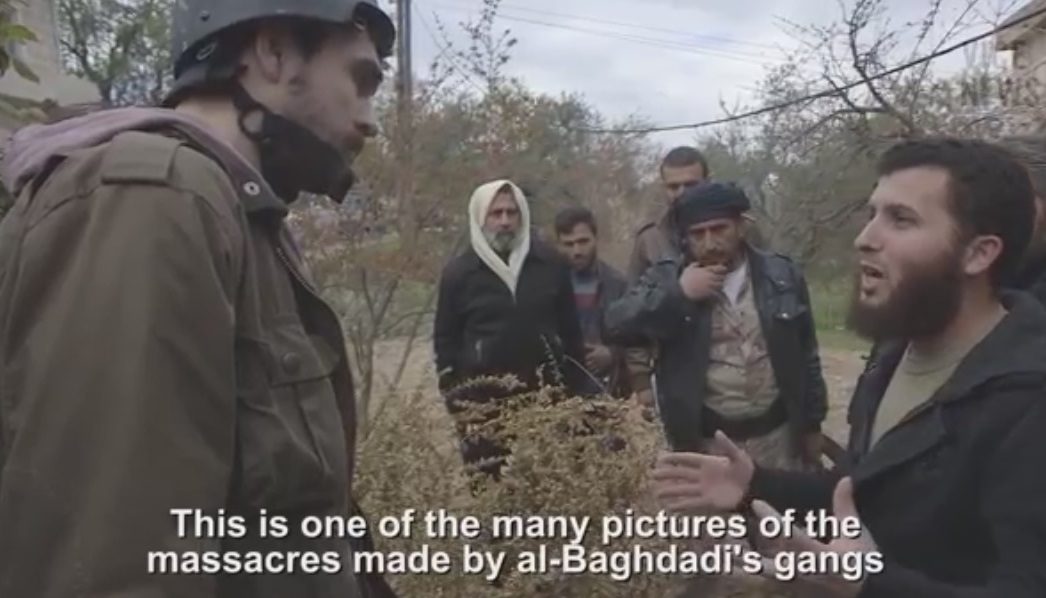 In Sha Allah, this blog post will be divided into three (3) parts: the first, dealing with military reasons why ISIS has risen; the second, ideological reasons; the third, a brief refutation of their beliefs and actions from an orthodox Islamic perspective. (Note: I’m not claiming to represent orthodox Sunni Islam. I’m just basing my reasoning on its principles.)

END_OF_DOCUMENT_TOKEN_TO_BE_REPLACED

I read a May 25th, 2014 article by Mark Oppenheimer in the New York Times about two women named Heina Dadabhoy and Sadaf Ali. Both are ex-Muslims, and they have been receiving a lot of press attention recently.

First of all, let me say this: the amount of press that these “ex-Muslims” get is just ridiculous. They had a whole show done about them recently on HuffPost Live, and have had similar attention in Europe (many have been exposed as liars, such as Ergun Caner). END_OF_DOCUMENT_TOKEN_TO_BE_REPLACED

Nowadays, every opportunity is taken to denounce Allah’s deen (religion). One recent allegation is that Islam/Muslims are backwards or primitive, since they have lagged extremely far behind in the world’s scientific development for the past 300 years. Just visit Richard Dawkins’ Twitter feed to know what I’m talking about.

Many Muslims respond to this criticism by pointing out that there were thousands of Muslim intellectuals throughout history that contributed greatly to the world’s scientific knowledge. This is 100% correct. But I think we’re missing a key point here: the “science” practiced by Muslims during their Golden Age was NOT the (secular) science people like Stephen Hawking are a part of today. There were fundamental differences, which I hope to bring to light in this article In Sha Allah (God willing). The main differences are: